HOW DOES ISLAM REGARD WOMEN?​

The status of women in Islam is an issue that is pertinent in present times; both due to the divergence of cultural practices in the Muslim world from the Islamic perspective and the erroneous perception in the West, that Islam subjugates womenfolk.

A dispassionate study of the primary sources of Islam, along with an analysis of the position of women in societies where Islam was implemented, actually proves that for women Islam is a special blessing.

“Prior to Islam,” write the authors of The Cultural Atlas of Islam, “a woman was regarded by her parents as a threat to family honor and hence worthy of burial alive at infancy. As an adult, she was a sex object that could be bought, sold and inherited. From this position of inferiority and legal incapacity, Islam raised women to a position of influence and prestige in family and society.”

The rights and responsibilities of women are equal to those of men but they are not necessarily identical. This difference is understandable because men and women are different, in their physiological and psychological make-up. With this distinction in mind, there is no room for a Muslim to imagine that women are inferior to men. Thus it is perhaps more apt to refer to the Islamic approach on gender relations, as one of “equity” rather than the commonly used word “equality”, which could be misunderstood to mean equality in every minute aspect of life, rather than overall equality. 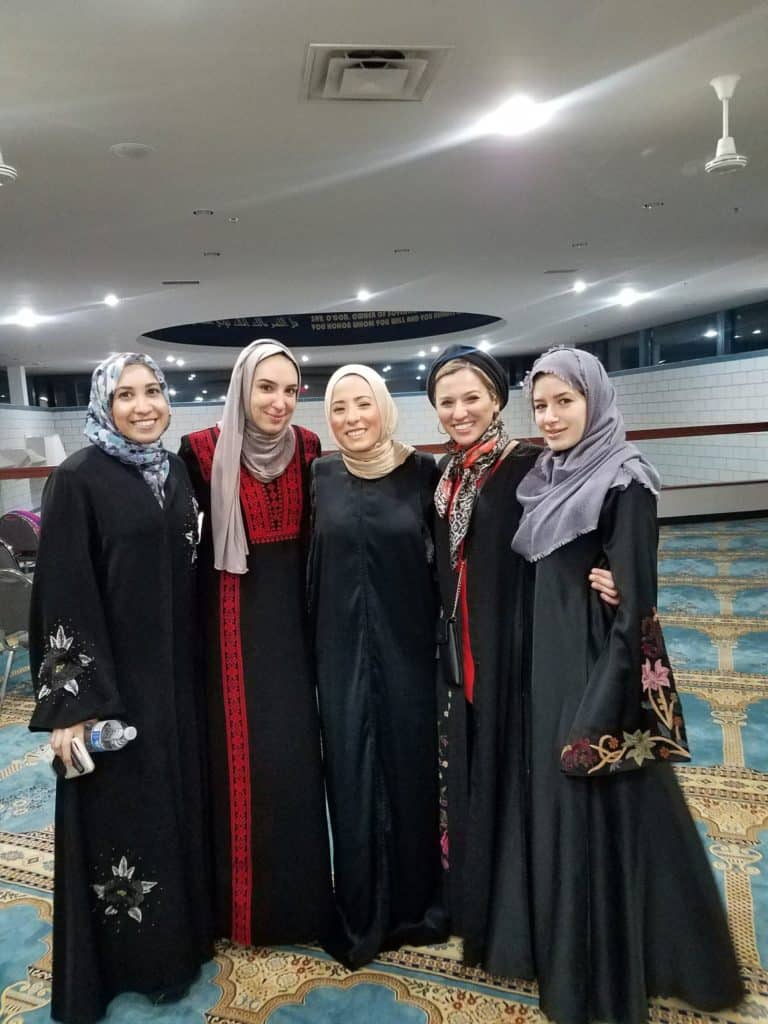 The sacred text of the Glorious Qur’an and the history of early Muslims bear witness to the fact that women are considered as vital to life as men. Islam refuted the idea that Eve tempted Adam to disobey God, and thus caused his downfall. The Qur’an says that they both disobeyed, and negates the idea that women are a source of evil. In a world where women were no more than objects of sexual gratification for men, and at a time when the religious circles argued over whether women were human or not, possessing souls, Islam proclaimed:

“O Mankind! Reverence your Guardian-Lord, Who created you from a single person, created of like nature his mate, from them scattered countless men and women. Fear Allah, through whom you demand your mutual rights and reverence the wombs (that bore you), for Allah ever watches over you.” [Al-Qur’aan 4:1]

Men and women are of the same family, and as such have similar rights and duties, and their Lord promises them in the Glorious Qur’an:

“Never will I waste the work of a worker among you, whether male or female, the one of you being from the other.” [Al-Qur’aan 3:195]

Thus, in the Islamic tradition, a woman has an independent identity. She is a responsible being in her own right and carries the burden of her moral and spiritual obligations.

Women have as much right to education as men do. Almost fourteen centuries ago, Prophet Muhammad declared that the pursuit of knowledge is incumbent on every Muslim, male and female. This declaration was very clear and was largely implemented by Muslims throughout history.

On another occasion, when a man came to the Prophet, and expressed the desire to join a military expedition, the Prophet asked him if he had a mother. When he replied that he had, the Prophet advised him, “Stay with her, for Paradise is at her feet.” [Ahmad, Basa’i and Al-Baihaqi]

As daughters, women have a right to just and equitable treatment from their parents. The Prophet gave glad tidings to those who did not insult their daughters or favored sons over daughters. [Ahmad]

A woman has the right to accept or reject marriage proposals, and her consent is a prerequisite to the validity of the marriage contract. A marriage is based on mutual peace, love and compassion. Dr. Jamal Badawi, a Canadian Islamic scholar, states in his book Gender Equity in Islam:

“The husband is responsible for the maintenance, protection and overall leadership of the family within the framework of consultation and kindness. The mutuality and companionship of husband and wife does not mean ‘subservience’ by either party to the other. Prophet Muhammad helped with household chores, although the responsibilities he bore and the issues he faced in the community were immense.”

The responsibility of maintaining social and moral values lies on both men and women. Both must refrain from all deeds and gestures that might stir the passions of people other than their legitimate spouses or cause evil suspicion of their morality.

Women are entitled to freedom of expression just as men are. Among the early Muslims, women participated in public life, especially in times of emergencies. It is reported in the Qur’an and in history that women not only expressed their opinion freely but also argued and participated in serious discussions with the Prophet himself as well as with other Muslim leaders. They were not shut behind iron bars or considered worthless.

Islam grants women equal rights to contract, to enterprise, to earn and possess independently. A woman’s life, her property and her honor are as sacred as those of a man. If she commits any offense, her penalty is no less or more than of a man’s in a similar case. If she is wronged or harmed, she gets due compensation equal to what a man in her position would get. [Al-Qur’aan, 2:178; 4:45, 92-93]

Islam has given women a share of inheritance. Before Islam, women were not only deprived of that share, but were themselves considered as property to be inherited by men. Out of that transferable property Islam made an heir, acknowledging the inherent individuality of women. Whether the woman is a wife or mother, a sister or daughter, she receives a certain share of the deceased kin’s property, a share that depends on her degree of relationship to the deceased and the number of heirs. This share is hers, and no one can take it away or disinherit her. Even if the deceased wishes to deprive her by making a will to other relations or in favor of any other cause, the Law will not allow him to do so.

Women are exempt from all financial liabilities. As a wife, a woman is entitled to demand of her prospective husband a suitable dowry that will be her own. She is entitled to complete provision and total maintenance by the husband. She does not have to work or share with her husband the family expenses. She is free to retain, after marriage, whatever she possessed before it, and the husband has no right whatsoever to any of her belongings. As a daughter or sister she is entitled to security and provision by the father and brother respectively. That is her privilege. If she wishes to work or be self-supporting and participate in handling the family responsibilities, she is quite free to do so, provided her integrity and honor are safeguarded.

What about the Scarf or Hijab?

American Muslim women today are rediscovering the pristine Islam as revealed by Almighty God to the Prophet Muhammad, more than 1,400 years ago, but without any of the contradictions of ancestral culture. Consequently they are essentially engaging in a life-long exercise of rediscovering their own selves – what it means to be a human, a Muslim, and more so, a Muslim woman. Wearing a head-covering (hijab) is an important part of their spiritual journey.

One of the most common questions today, asked by Muslims and non-Muslims alike, is: “Why do Muslim women cover their heads?” The answer is very simple – Muslim women observe hijab because Allah has told them to do so:

“O Prophet, tell your wives and daughters and the believing women to draw their outer garments around them (when they go out or are among men). That is better in order that they may be known (to be Muslims) and not annoyed…” [Al-Qur’aan 33:59]

Modest clothing and hijab are precautions to avoid social violations. The following verses of the Qur’an highlight that this is not limited to women only.

According to Jabir ibn Abdullah, when he asked the Prophet, about a man’s gaze falling inadvertently on a strange woman, the Prophet replied, “Turn your eyes away” [Muslim]. In another tradition, the Prophet chided for looking again at a woman – he said, the second glance is from Satan.

Thus, it is clear that the status of women in Islam is very high. Islam has granted them rights that match beautifully with their duties. What Islam has established for women is that which suits their nature, gives them full security and protects them against disgraceful circumstances and uncertain channels of life.

There is a gap between the rights of women outlined in the Qur’an, and the prevalent reality in the Muslim world. However, images of Muslim women as ignorant, oppressed and submissive are stereotypical and do no justice to the large number of Muslim women whose firm conviction in the Islamic concepts of family cohesiveness and happiness, and their own individuality, ensures their sense of self-fulfillment.